Statements from the organisations behind the film… 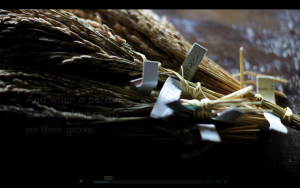 “Seeds of Freedom tells the story of how seed has been increasingly monopolised by corporate interests seeking to control the global food system and turning a basic need, food, into a commodity to maximise profit on the international market. When GM technology was first developed it was rapidly picked up by corporations to further control seed, by patenting it. In spite of all the promises, twenty years on there are only four GM crops which have been developed, none addressing huger. Instead, small scale, diversity-rich farming systems are being eroded and replaced with ever-larger monocultures deserts. This not only displaces farmers from their land, but also means that traditional agricultural knowledge and diverse indigenous seeds are lost forever. The legacy of the industrial food system is the devastation of global seed diversity and millions of farmers trapped in cycles debt and displacement.

However, the film brings together a chorus of voices from around the world, asserting that in spite of this drive, small farmers are still providing 70% of the world’s food. We are at a critical turning point now, as the global food sovereignty movement builds momentum to reclaim control of ecologically sane and socially just local food systems, which celebrate and enhance diversity and hence resilience. The film calls for farmers and consumers to join forces, so that we bequeath to our children a diversity rich food system which can withstand climatic, and other, pressures they will face”. 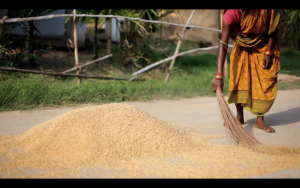 “We wanted to make a film that gave Africa, and the south, a global voice against GM. As the likes of Monsanto, Syngenta, and Gates’ Alliance for New Green Revolution in Africa all forge ahead into Africa under the mantra that GM is the only way to feed the population, African farmers are shouting “no”, but their voices are being drowned out! GM technology has not been developed to aid farmers or to feed hungry people, it’s to create products for the international trade in agricultural commodities such soya, oil seed rape, maize and cotton, and to promote chemical fertilisers and herbicides. It’s all about profit.

The African continent will be one of the worst affected by climate change and so it is imperative that are farming systems are resilient. Resilience comes through diversity, and diversity is what we find in our traditional, indigenous seeds, which farmers have been breeding intelligently since agriculture began.”

GM News From Around the World

UN: only small farmers and agroecology can feed the world

Hundreds of women demand a People-Centered Agenda for SADC